see you when we're back

Every Christmas but this one

Amateur Theatre Where would we be without it?

There is no question of the importance of Amateur Theatre within our local communities. Amateur theatre performing groups produce over 3500 productions annually which are watched by audience figures of more than 2 million every year. These performances include pantomimes, plays and musicals. We are proud to be part of the umbrella body, the National Operatic & Dramatic Association (NODA) The combined membership of this organisation is over 100,000 ranging in age from 8-80. NODA’s members groups generate between £150m - £200m in ticket sales with at least the same being produced in additional spending including: food, drink, travel and accommodation. The vast majority of this supports a wide range of businesses, including theatres, village and community halls, theatrical suppliers, restaurants, musicians, bars and hotels. Many groups also raise significant sums for local and national charities with post show collections and specific fundraising events. Amateur theatre plays a significant part in the cultural life of the nation; helping with both physical and mental health, not just for the performers and all taking part, but for audiences too. Youngsters involved grow in confidence and self-esteem. Amateur theatre, in many smaller communities, is very often the hub of cultural activity as well as helping to bring communities together. Also worthy of note, is the fact that many professional performers and stars of TV, originally trod the boards in amateur theatre thus shaping them for more lucrative exploits ahead. Amateur theatre also supports professional theatre as well. The venues amateur groups are hiring, mostly, are professional theatres and with that comes the employment of staff, both front of house and technical, as well as the hiring of freelancers i.e. choreographers, directors, musical directors, make-up artists etc. At the present time, virtually all amateur theatre productions have been cancelled across the country, and given the lead time for productions, it is unlikely there will be many, if any, productions before the end of 2021. This is a significant loss to the cultural and economic life of the UK. Many groups have been making use of technology to keep in touch, rehearse, or put together videos to entertain their audiences via social media channels. They are eager to maintain their involvement and to resume a normal programme as far as they can. My plea to you today, is to PLEASE give the amateur theatre sector the same consideration as that of the professional theatres. The professional theatres are currently being highlighted in the press, but there is no mention of the amateur sector. A sector which does so very much for the wellbeing and the economy of our country. 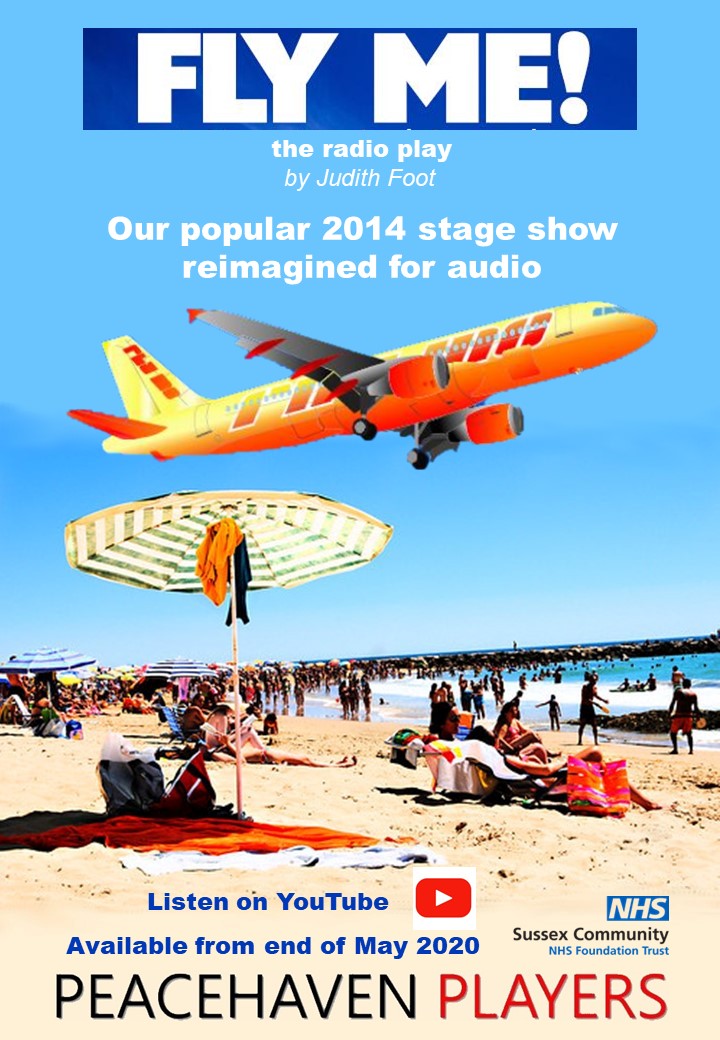 A big hello from The Players

Since 1998 we have been entertaining you with our shows. We are grateful for your support and hope you have enjoyed the shows as much as we have.

Peacehaven Players present "Fly Me! the radio play". This sparkling and witty script was first aired in 2014 when it was performed by Peacehaven Players as a musical. It is now runing on YouTube. Judith Foot adapted her 2014 musical so that we could record it during the Covd-19 lockdown using telephone conferencing. We hope you will have as much fun listening as we did creating the play in these special circumstances. If you enjoy the play, don't forget to give it a like on YouTube. We are dedicating the play to the NHS.

Due to the pandemic we have regrettably had to postpone the two shows we had planned for 2020 We hope to present "Lights Out Over London"in June 2021 and "Cinderella" in December 2021. We have presented at least two shows a year every year since 1998 so this was not an easy decision for us. We would love to bring you a simple show at Christmas time but until the guidleines can be relaxed we cannot make any firm commitments. 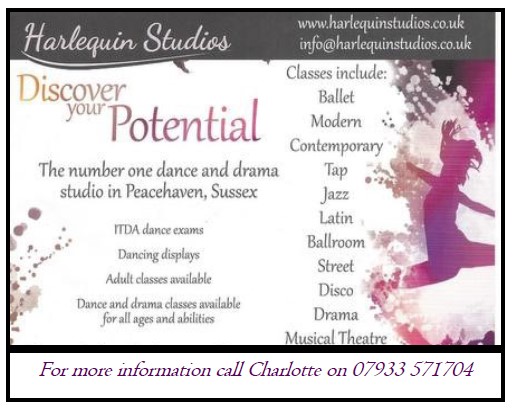 We often work with the young people from Harlequin Studios.


The number one studio for dance and drama in Peacehaven.